#CarbonFeed directly challenges the popular notion that virtuality is disconnected from reality.  Through sonifying Twitter feeds and correlating individual tweets with a physical data visualization, artists John Park and  Jon Bellona invite viewers to hear and see the environmental cost of online behavior and its supportive physical infrastructure. Based on a set of search terms, live tweets are ‘heard’ by CarbonFeed and the CO2 equivalent produced by that tweet is generated as visible gas and sonified through electronic sound. 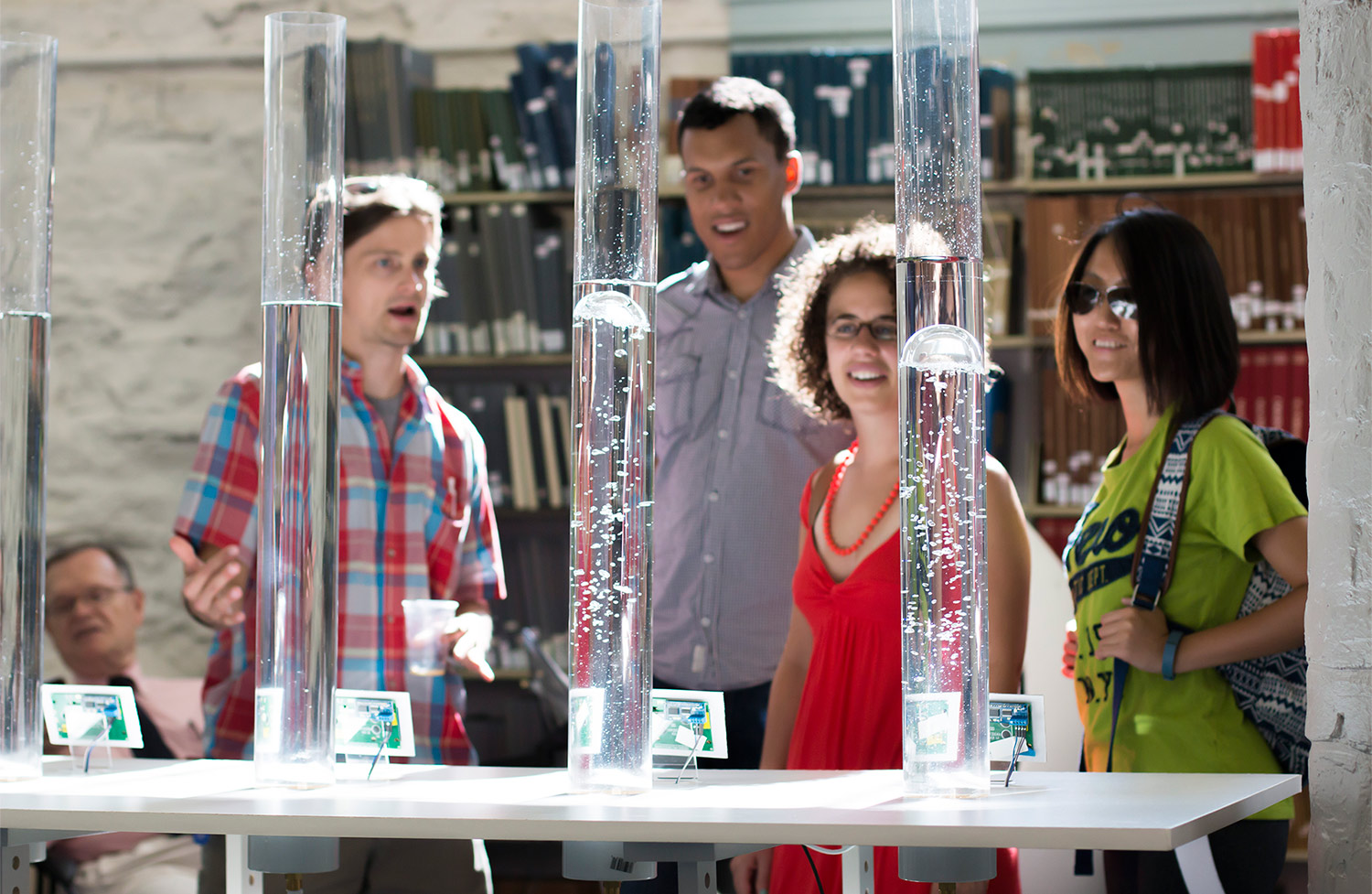 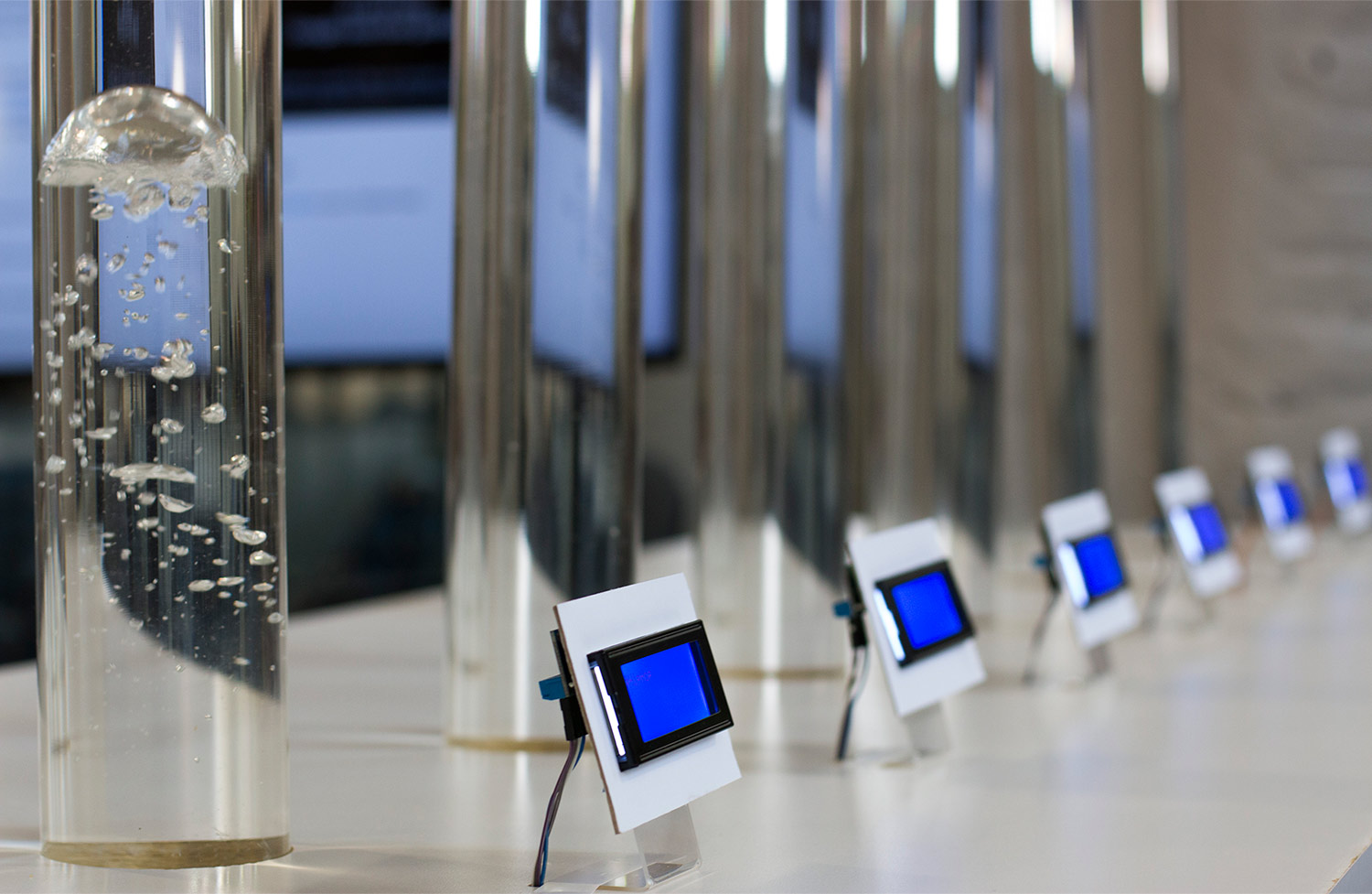 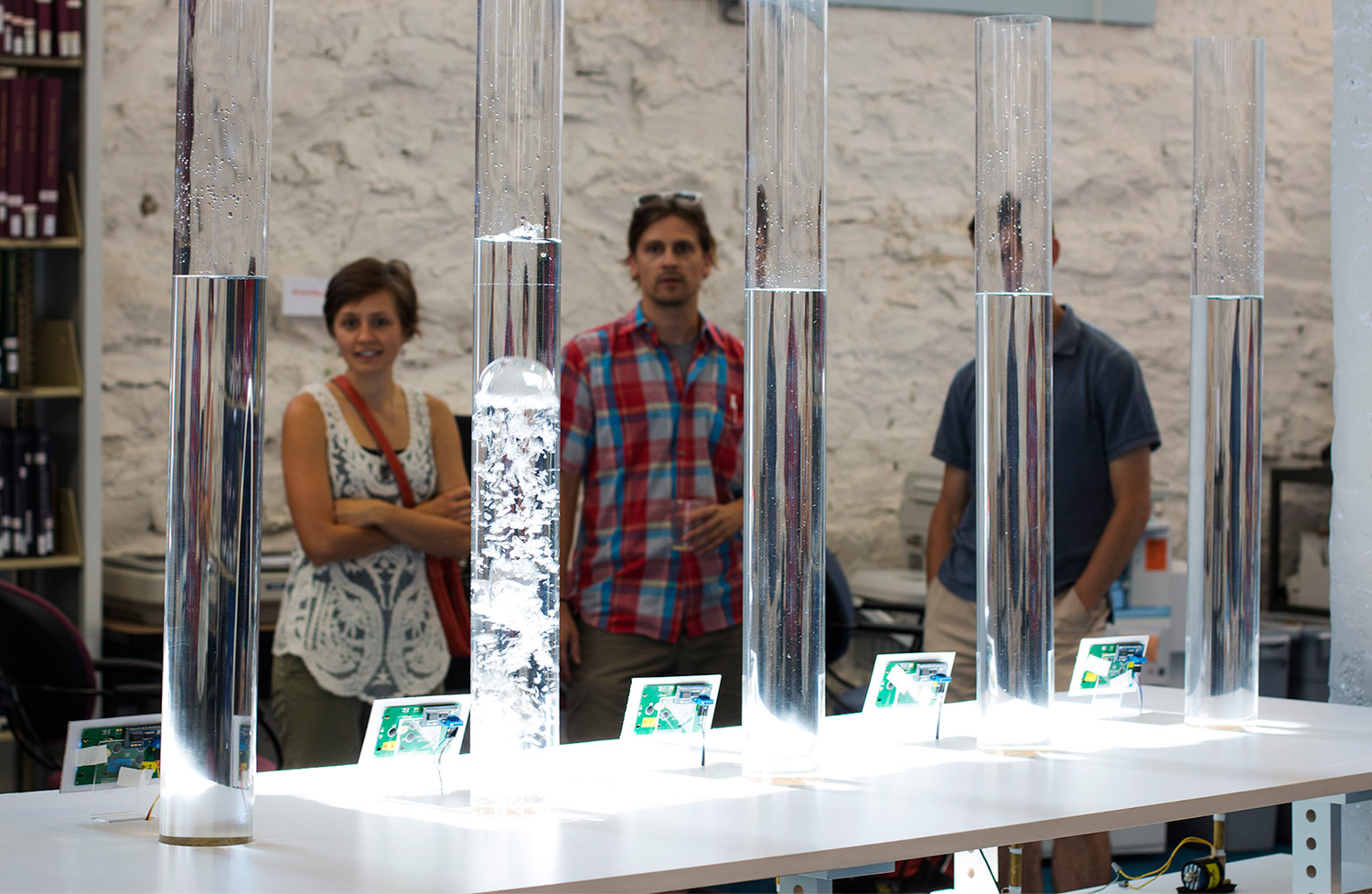 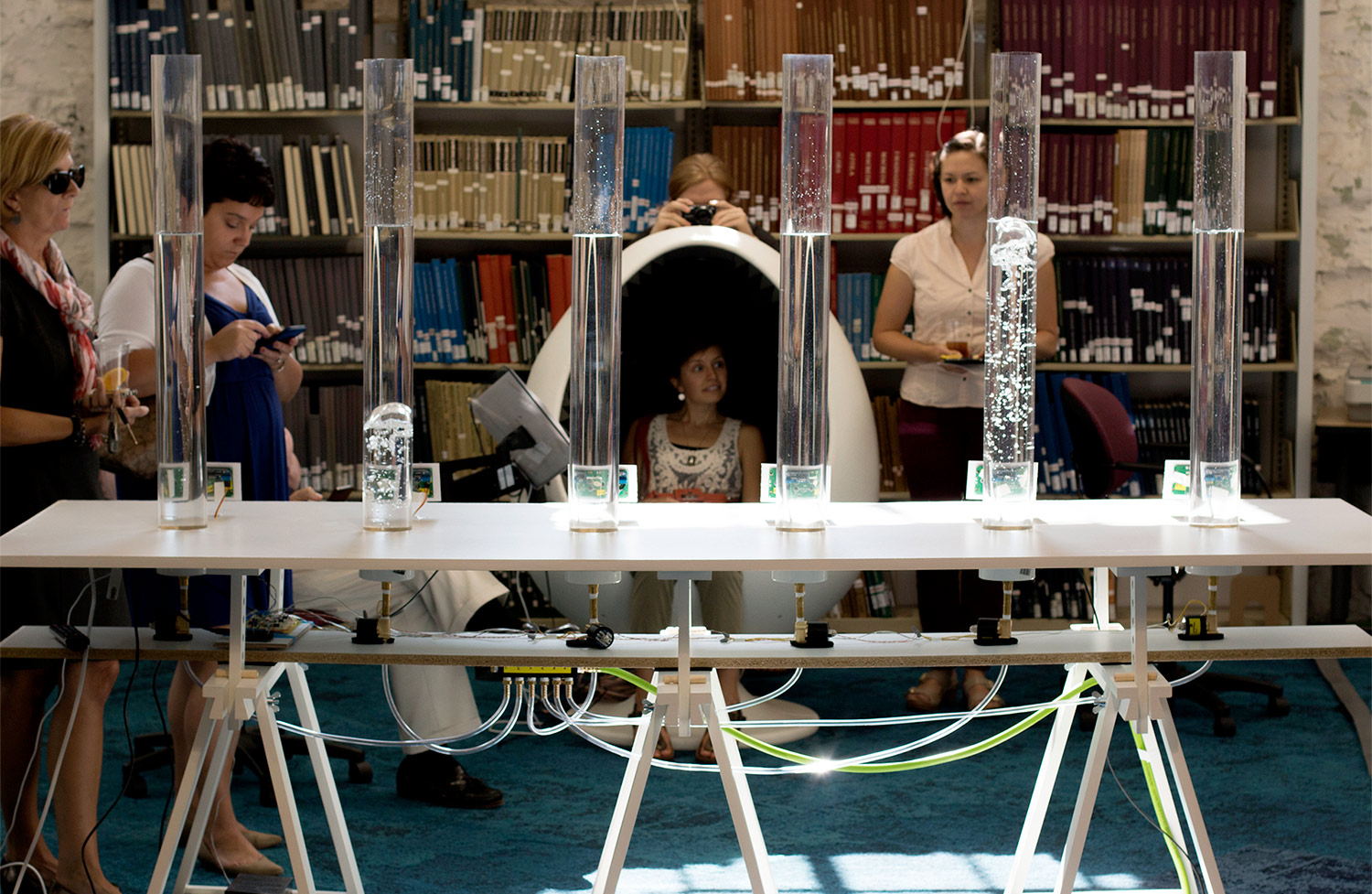 Tweets, like any form of social media, generates carbon. Research suggests that posting a single tweet generates .02 grams of carbon dioxide equivalent (CO2e), the amount of air you could hold in the cheek of your mouth. Though this sounds like a minuscule amount, with an estimated 200 billion tweets posted per year globally, the carbon adds up.

Twitter is the lightest-footprint form of digital media available, with video sharing being the most costly. This project is less about implicating any one platform and more about pointing out the weight of our everyday digital lifestyle. 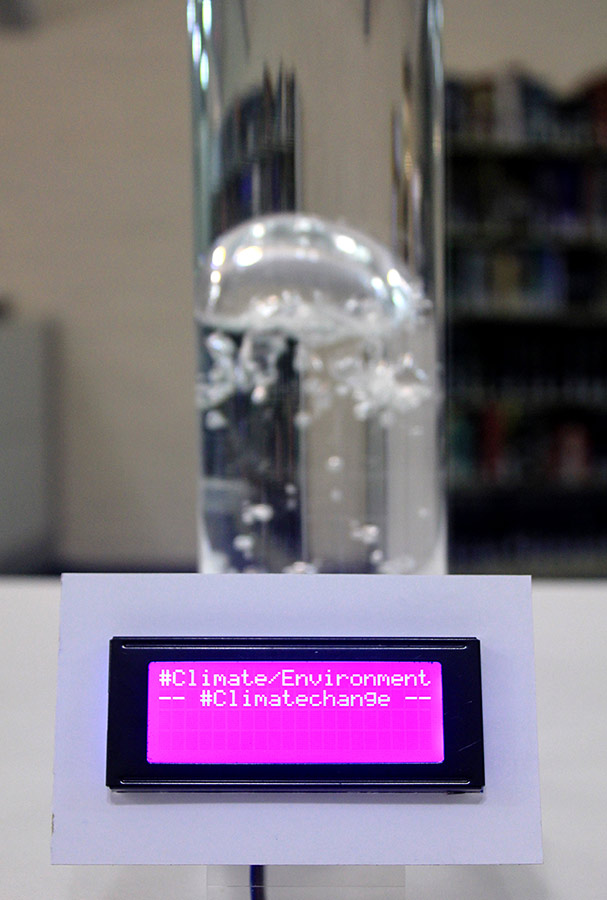 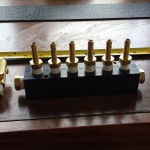 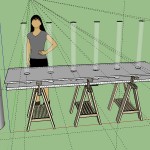 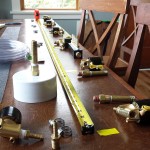 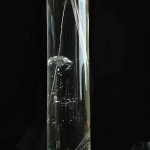 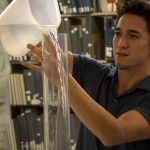 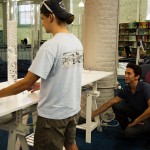 #Carbonfeed is by John Park and Jon Bellona, with contributions by David Bellona. The project has been made possible through an OpenGrounds Art & Environmental Action Scholarship, funded by the Jefferson Trust.